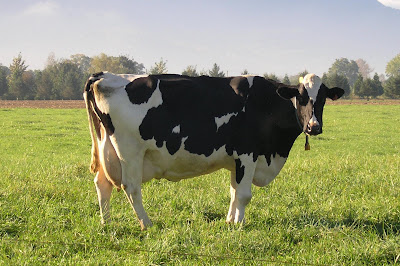 Agriculture is the mainstay of the economy in this part of the Fraser Valley. Our farms offer some of the most productive land in the province of British Columbia (BC) and are perhaps the best in Canada. I often marvel at the rich "stone free" earth that a freshly ploughed field presents.

Unfortunately such "earth riches" are not extensive. BC has in fact, a very small agricultural base from which to draw and so our farmland is a scarce and extremely valuable resource. Within the Fraser Valley the lands of Chilliwack and Agassiz/Kent area are some of the exceptional.

Protecting good quality farmland from uncontrolled urbanization was an issue that the province of British Columbia faced in the 1970s and still remains an important one today. In 1973 an "Agricultural Land Reserve" (ALR) was created, maps were drafted outlining the reserve boundaries so to restrict or control non-agricultural uses and a commission established to oversee with local government the objectives of the legislation.

The Agricultural Land Commission Act is one of the greatest planning actions ever undertaken in this province and one that residents feel very protective about. Yes, there is an exemption process, and, through the years some removal of lands has been of a questionable nature. It is around these exemptions that a diligent public should be wary of but still sensitive to planning needs of the community. All exemptions are not necessarily bad but all should be scrutinized.

People often ask whether they can subdivide a piece of agricultural land and while the act does provide a few exceptions the answer is usually 99% of the time "no" the intent of the Act being in fact the opposite that of creating larger parcels rather than smaller ones.

Another common question is can I place a second residence on the acreage and the answer is it depends. Usually it will depend upon the local government requirements and sometimes on who will be residing in the dwelling for example a farm worker.

Issues surrounding "food safety" are coming more and more into prominence and there are a number of disturbing trends in land use primarily that of converting farmlands into less agricultural supportive "mansion estates". I give you that it is a nice way to live but there are a couple of problems with this if your concern is a productive farm base, first, it drives up the price of an agricultural purchase by farmers and, second, many times there is a relatively low-productive use of the lands.

For an excellent read download "Forever Farmland" Reshaping the Agricultural Land Reserve for the 21st Century by the David Suzuki Foundation.

If you enjoyed reading this article, why not Subscribe to be notified of the next one?

Stephen Mullock is a local real estate associate broker with 29 years of experience in the Eastern Fraser Valley.
Posted by Stephen Mullock at 8:56 AM