Canada Line Into the Blue

"Successful cities are built around quick, easy and reliable transportation systems", this post looks at the new Canada Line from Vancouver to Richmond and YVR from a personal perspective. 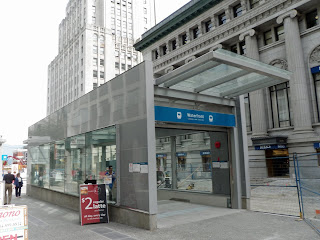 Canada Line Station
The Canada Line almost never happened, but it opened this August 17th, and as I had a very, very, very small role, as have thousands of people, in its creation I wanted to have a ride on it.
In May 2003, I found myself a member of the "Rethink RAV Business Coalition" that was hoping to reverse a decision not to proceed with the RAV line (renamed Canada Line), a Light Rapid Transit option from Richmond the YVR Vancouver Airport to the Vancouver downtown core.  This was before Vancouver had been awarded the 2010 Olympics but was in the final group.  Our Federal government was hoping to sweeten Canada's bid by adding some federal funding for the new line.
I attended my one and only press scrum as a representative of the Real Estate Institute of British Columbia and part of this rethink business coalition.  Nervously, I made my way to the microphone. After a quick recap of the importance of transportation in Canada in a historical sense from waterways to railways to roads and airplanes (see quote above), it was time for my final argument, cleaner air.  The newspaper ran one of my ramblings "would not the skies be a little bluer if we had some sort of rapid transit here in Vancouver, in Richmond?"  Okay, it doesn't quite roll off the tongue but it was a sound bite that stuck, made it to print, and became part of my fifteen minutes of fame.
It seemed appropriate for me to get on the line at the corner of Granville Ave. and Hastings Street in Vancouver just below the offices of the Real Estate Institute of BC.  Above is a picture of the station from street grade.  I was hoping to find a bright and cheerful logo like the iconic London Underground emblem to help visitors find the station but no; the station pretty much blends into the background.
One goes down a flight of stairs to face a bank of automatic ticketing machines ready to take your money.  There were no attendants in sight so I had to fiqure out by myself how many zones there are between where I was and YVR. I noticed on a map that the Canada line from downtown all the way to YVR is colour coded a shade of blue so I punched in fare for one zone. Wrong. On the other end (the YVR) some high tech anarchist had used a piece of  scrap cardboard and written "2 zones to Vancouver" and stuck it to the machine. Now signage like that would have helped me on friday; imagine thousands of "limited english" 2010 foreign visitors with this same problem. 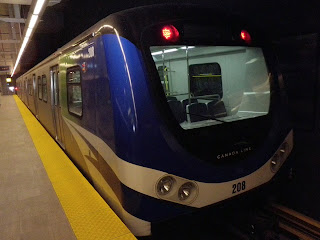 Canada Line Train
The station was neat and tidy but the exteriors of some of the cars needed a wash.  Why go to all that trouble to impress the world and not clean the windows? As the ride proceeded stop to stop a good cross section of people arrived and departed;  young travellers toting backpacks heading to the airport, seniors, a bicyclist and people like me just out to explore. There is plenty to explore this line provides important stops near City Hall, the Vancouver General Hospital, Langara University and Oakridge to name a few.  There seems to be ample space for luggage and bikes, although I have heard bicycles are restricted two to a car.  There was a lot of squealing noises along certain sections of the line giving fellow passengers and me an uneasy confidence in the engineering.  My goodness, it sounded like a 40 year old rail service!  Out into the light at 49th Avenue over a bridge built for the Canada Line past the River Rock casino, and then there we were at the Airport all in a span of 26 minutes.  Departing the train to a completely covered skywalk your choice at the terminal is to turn right for international flights or left for domestic flights and arrivals. 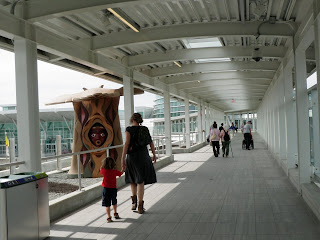 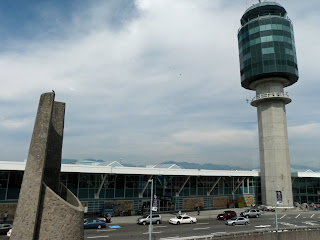 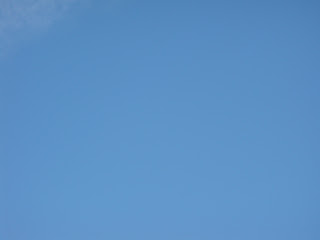 Blue Sky
All in all, I was pretty impressed and still think that the linkage between the Richmond, the YVR Airport and Vancouver a smart move.


If you enjoyed reading this article, why not Subscribe to be notified of the next one?


Stephen Mullock is a Chilliwack real estate associate broker with 29 years of experience. He can be reached at Royal LePage Wheeler Cheam Realty, telephone 604-792-0077.