The British Columbia Real Estate Association (BCREA), in an October 15th press release, placed the recent downturn in B.C. residential sales strongly, okay moderately firmly, all right maybe they implied it, on the shoulders of the Federal Government who imposed tighter mortgage restrictions on July 9th, 2012.  To avoid a lot of  "econo - talk" these actions have meant, in a nutshell, that people can't borrow enough money to pay the prices out there; so they have stopped buying.  They are sitting on the sidelines, somewhere out there, waiting.  Guess what? The result was a province wide 28.5% dollar volume drop in sales during September compared to the same month a year ago. 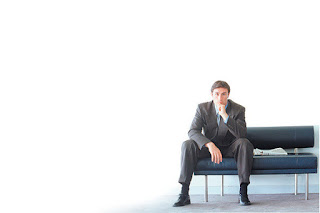 Is this the end of the world or the "real estate world" at least?  As reported in this blog in June 2012, we have seen Federal restrictions hurt the real estate market in the past.  They have a record of sorts, in February 2011, the Feds rolled back mortgage borrowing limits and while initially there was a strengthening of market for a month, with consumers getting in before the changes could take place, the Chilliwack* real estate market then suddenly cooled.  The good news was that the market resumed strength three months later, seemingly, having adjusted to Federal tinkering.

My prediction about the real estate market in Chilliwack, quite different from that in Vancouver, is that October will be stronger than September and August.  November may wobble again but then the market will continue to strengthen, that is, until those "Federales" come after the market again.

Stephen Mullock RI is an award winning full-time real estate specialist with 30 years of experience and hundreds of sales. Thinking of buying or selling real estate in the Fraser Cheam communities of Chilliwack, Agassiz or Harrison Hot Springs? Contact Steve (click here) of Royal LePage Wheeler Cheam Realty for experience, local knowledge and friendly service you’ll be happy you did.

Posted by Stephen Mullock at 8:57 AM