A couple is just moving into the home they bought without a REALTOR® when they get some unexpected visitors. It's kind of cute, have a look.


Stephen Mullock
is an award winning full-time real estate specialist with 30 years of experience and hundreds of sales. Thinking of buying or selling real estate in the Fraser Cheam communities of Chilliwack, Agassiz or Harrison Hot Springs? Contact Steve (click here) of Royal LePage Wheeler Cheam Realty for experience, local knowledge and friendly service you’ll be happy you did.
Posted by Stephen Mullock at 10:31 AM 1 comment:

I found this article this morning at the Royal LePage Leading Edge website and thought that it provided some context for the current "hot" real estate market conditions we are experiencing.

Canada’s recent housing market strength is impressive and to some, feels ominous with assumptions that it is reaching a pinnacle that will lead to a fall. But with a narrow view restrained to our borders it is hard to understand how our market fares in a bigger global picture. On an international scale, the growth in Canadian home prices compared to other countries is barely in the top third of the world. Housing world-wide has shown a remarkable recovery from the depths the markets reached during the global economic crisis of 2009, and many markets are now stronger than ever.
Those conclusions and other details about the global housing market come from our reading of the International Monetary Fund’s (IMF) recently published Global Housing Watch, which is released quarterly. Overall it paints a picture of a world where housing is in demand in many countries and where prices are rising in tandem with that demand. In brief, here is what the data shows:
Looking at the global housing market, it can only be a positive that there has been so much recovery since the depths of the financial crisis. Presumably that is what central banks around the world wanted and expected to happen when they reduced interest rates to generational lows in the wake of the crisis and the following years.  That Canada is not experiencing housing price growth as strong as other countries is likely a by-product of Canada never experiencing a major recession in housing on the same level as those other countries. Countries like the United States and Ireland, in contrast, went through major boom bust cycles over the past few years.
More recently, the extreme price increases in some housing markets (including Canada’s) have prompted concerns about whether housing price corrections are ahead. Although the data does not give much conclusive evidence about that one way or the other, the fact that house prices are rising more quickly than incomes is notable. However, that says less about what is happening with home prices than what is happening with incomes, which in Canada, as is the case in so many other countries, have not been on the rise as compared to economic growth.
So should we be concerned with the trends in home prices around the world? Not necessarily, as long as the global economy stays on course. Since the IMF collected their data on housing, we know that there have been indications that the global economy is weakening. Like everyone else, we will be carefully monitoring the situation to make sure that the housing market has  a strong foundation.

[i] For Canada and for most countries the data relates to the third quarter of 2015. However, in a few cases the most recent data available is for the second quarter of the fourth quarter and so that is used instead


[ii] The data used by the IMF comes from a the Bank of International Settlements, Colliers International, the European Central Bank, the Federal Reserve Bank of Dallas, Savills, Sinyi Real Estate Planning and Research and national sources


Stephen Mullock
is an award winning full-time real estate specialist with 30 years of experience and hundreds of sales. Thinking of buying or selling real estate in the Fraser Cheam communities of Chilliwack, Agassiz or Harrison Hot Springs? Contact Steve (click here) of Royal LePage Wheeler Cheam Realty for experience, local knowledge and friendly service you’ll be happy you did.
Posted by Stephen Mullock at 10:20 AM No comments:

Situated above the road to take full advantage of a beautiful Cheam ridge view and to drink in the morning sunlight this wonderful house is on the real estate market for the very first time.  Let's talk a little more about the lot - it is .29 acres in size and backs onto a forested area. Surrounding homes are all high quality and it is quiet. Plenty of privacy in the backyard.  It featured a built-in barbecue and large concrete decks ideal for entertaining. Don't be surprised if you find deer occasionally visiting the yard.

The main floor offers a grand entry foyer with tiled floors and a vaulted ceiling. Flanking this are a living room and a den - both of generous size. 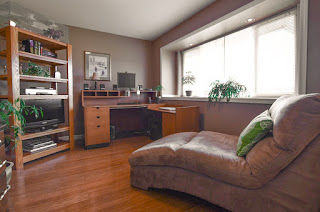 Behind the living room is a formal dining room with custom cabinetry.  At the rear are the more informal areas of the dwelling and the kitchen. The family room is well sized and finished with bamboo floors. The kitchen has many built-in extras and appliances. For me, the best house is the family eating area with its skylights and deep windows. A warm and cozy space for spending time with the family playing a board game or enjoying a meal. 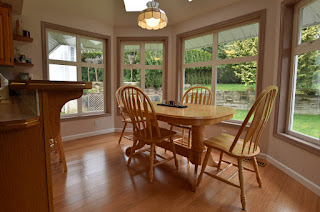 The upper level has a huge master bedroom with a vaulted ceiling. The ensuite provides both a separate shower and a large soaker tub. Bring your candles. The two other bedrooms are also of good size. 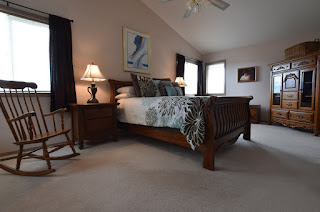 The lower level has a laundry room with plenty of cabinets and a recreational room - ideal for sports equipment, hobby pursuits or as a getaway for teenagers. 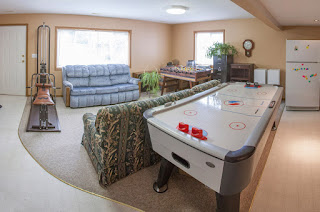 Do not wait on this one - give me a call today any/all offers to be presented March 29th.

Stephen Mullock
is an award winning full-time real estate specialist with 30 years of experience and hundreds of sales. Thinking of buying or selling real estate in the Fraser Cheam communities of Chilliwack, Agassiz or Harrison Hot Springs? Contact Steve (click here) of Royal LePage Wheeler Cheam Realty for experience, local knowledge and friendly service you’ll be happy you did.
Posted by Stephen Mullock at 10:22 AM No comments:


February was SO busy that I didn't have a lot of time to attend to writing new material for this website.  When I wasn't selling, I was developing a presentation about local hiking at the Elder College in the University of the Fraser Valley.  I was worried as I haven't done a lot of public speaking in quite awhile. I over prepared and like my real estate work, I naturally overdid it. Still it went okay for a one off. Enough about me, let's get back to talking about real estate.

My experience in real estate was pretty common with more than half of my listings sold achieving prices past the listing price - due to multi offer situations.  These circumstances require a great deal of professional skill to ensure that all parties are treated with respect and fair play.  Not everyone will be happy afterwards of course. Please consider having me represent you with your real estate interests.

The Chilliwack and District Real Estate Board* (CADREB) real estate was HOT with 283 residential sales in February 2016. This was an increase of 105 sales over January 2015 which had a total of 178 residential sales. Monthly statistics give us some insight on the overall strength and condition of the Chilliwack* real estate market. This report looks at the 3 most popular housing choices of the 6 available - single family detached homes, town houses and apartments.
Single Family Detached and Townhouse sales are up as would be expected when compared to January numbers due, that's expected, BUT, the increase is quite remarkable all the same - up 60% in one month. Prices have increased as well, the result of a steady stream of buyers.

Apartment sales also improved but not significantly and most of this could be explained by a cyclic factor. There is a way's to go in the apartment sector, but, I think that it is coming soon. It is just lagging a little behind at the moment.


Residential inventory levels are down over 25% for the second consecutive month when compared to those reported at this same time last year. While inventory is increasing ever so slightly in all housing types since January 2016 it will not be sufficient to take the pressure off Chilliwack* housing prices.

* The Chilliwack* real estate board area (CADREB) which includes the outlying communities of Agassiz, Harrison Hot Springs, Hope and parts of the Fraser Cascade Regional District.
The information presented in this post has been prepared by the author Stephen Mullock, using information from the Chilliwack and District Real Estate Board.  The information has been drawn from sources deemed to be reliable, but the accuracy and completeness of the information are not guaranteed.
In providing such information, neither Stephen Mullock nor the Chilliwack & District Real Estate Board assumes any responsibility or liability.
Copyright © 2016 Stephen Mullock. All rights reserved. Reproduction in whole or part is prohibited without written permission.

Stephen Mullock is an award winning full-time real estate specialist with 30 years of experience and hundreds of sales. Thinking of buying or selling real estate in the Fraser Cheam communities of Chilliwack, Agassiz or Harrison Hot Springs? Contact Steve (click here) of Royal LePage Wheeler Cheam Realty for experience, local knowledge and friendly service you’ll be happy you did.

Posted by Stephen Mullock at 2:40 PM No comments: