There once was a time, long ago, that the Fraser River flowed across the Fraser Valley unchallenged and unchecked by the dikes that hem her in today.  A force of nature,the Fraser River can be accommodating to the traveler, beautiful and deadly all at the same time, especially, when in flood.

Old timers still talk of "The Flood of 1948" but this was only one of a series of floods that have periodically plagued the Fraser Valley. In 1894, settlers in the Fraser Valley watched a similar event but losses were light given that there were few farms. The landscape of Chilliwack was quite different as well, the area was crisscrossed with rivers, and streams, the large shallow Sumas Lake further complicated drainage.


Still the 1894 flood gave engineers a high-water mark to measure the annual freshet which usually crests in late May or early June.  A high snow pack and a sudden increase in temperature can see the snow melt and sluice down countless streams and creeks into the Fraser River adding to its volume.  Bruce Hutchison recounts the effects of the 1948 flood, somewhat sensationally, in his great book called "The Fraser"...

Quietly, slowly, inexorably the brown water rose beside the farm land below the canyon and the delta at the river's mouth. Before it earth dikes crumbled and dissolved like sugar, or suddenly, under pressure from below, exploded, tossing trees, stumps and barns into the air.  A cargo of uprooted trees and flotsam from the interior poured out to the sea, and with it poured the carcasses of milk cows, horses, pigs and sheep to be washed up on the rocks of the gulf islands and even on the beaches around Victoria.  The two transcontinental railway grades were submerged.  Except by air Vancouver was isolated from the rest of Canada.


All animal life fled before the water and a cat was actually seen swimming down the river with a mouse riding on its back.

After the 1948 flood governments recognized that seriousness of a reoccurring flood threat and stronger dikes were built to elevations 2 feet above the 1948 high-water peak. Other helpful measures that lessen the flow into the Fraser River include the diversion of the Nechako River and the construction of a number of water storage areas along the Fraser for hydroelectricity production. Still, there remains a sense of nervousness amongst the locals, some years, when the mighty Fraser River begins to rise in the late spring.

*Photograph shows boys on home made rafts and men in canoes on Mill Street during the flood of 1894. The photo was taken at the corner of Wellington looking north on Mill Street. Two houses in the background are the residences of W.A. Rose and G. Wilkinson, Victoria Ave. West. Benjamin Southwell Bradshaw sitting in canoe. Two of five boys on raft include Roy Chadsey and Alex Chadsey. Norm McGillivray visible on right with dog. Don McGillivray standing behind Norm.

Stephen Mullock RI is an award winning full-time real estate agent with 30 years of experience and hundreds of sales. Thinking of buying or selling real estate in the Fraser Cheam communities of Chilliwack, Agassiz or Harrison Hot Springs? Contact Steve (click here) for experience, local knowledge and friendly service you’ll be happy you did.
Posted by Stephen Mullock at 10:12 AM No comments:

Sumas Mountain and the Great Flood or Tsunami


There is a story in "Five Corners the Story of Chilliwack" by Bruce Ramsey that tells of the drowning of a world, the end of a culture and the beginning of a new one.  While it can be compared to the story of Noah I find echoes of a more recent event, the March 2011 Japanese Tsunami.


From "Five Corners the Story of Chilliwack" by Bruce Ramsey

"During the flood here in this valley there was a man who told his people to build a good canoe, and he said,  there will be one mountain that's not going to be clear out of sight.  The top will be there and that's where the people are going to be saved, those that are going to have a canoe".


"But a lot of people did not believe him, for they said, "There are a lot of high mountains; we can climb up there." Well when the time came that the flood started they began to climb Sumas Mountain, or as the Indians call it Tuhk-kay-ugh, and it didn't go out of sight during the flood. They went to the top and they had a long rope that was the Indian's work, braided of some kind of skin and trees, and they tied themselves up.


The story says there were three canoes*; one was lost there, one broke away and nobody knows where it went. When the water began to recede and about half of Sumas Mountain was visible they began to go down and they found a cave where they stayed until they could see the low land was dry.


And that the people that came down Sumas Mountain to the dry lands below changed their language from the old Chilkwayuhik language to the Halkomelem tongue which is in use today.


At that moment there began, to the old traditions, the birth of the present rich native culture, particularly basket weaving, of which it has been said there are few superior counterparts in the world.

The Chilliwack, Agassiz and Abbotsford areas are ringed along their edges with mountains of all sizes and rising in the middle of the Valley are a number of prominent peaks the largest being Sumas Mountain. Escape to higher ground, everywhere, would seem to be readily at hand.

The idea of "a man" telling a river traveling people to build a "good canoe" must have sounded like strange advice indeed.  The natives would have been quite familiar with the Fraser River floods; in a time long before dikes were built to hem the Fraser's water in. Their solution would have been simple, climb or jump into a canoe and move to higher ground.  What if instead of a flood it was a Tsunami?

"They went to the top and they had a long rope that was the Indian's work, braided of some kind of skin and trees, and they tied themselves up."
So was it a flood or something else?

The last two paragraphs are eerie as massive cultural changes take place after this event including language and basket weaving.  Where the earlier inhabitants wiped out by this catastrophic event?

* What of the missing canoes?  I found this, almost by accident the day after I wrote this post, in the book "The People of the Harrison" by Daphne Sleigh, "One of the most specific flood stories describes how a group of Chehalis and Scowlitz people crowded on to rafts and escaped across the Fraser to Sumas Mountain to take refuge from the rising water.  They moored there, but some of the land mass of the mountain broke away and carried the raft southward to Washington, where - so the story goes - the survivors became the Chehalis and Cowlitz tribes of that state."

Quick Facts
"Sumas" is a Halqemeylem word meaning "a big level opening" referring according to Wikipedia to the Sumas Prairie below.

Stephen Mullock RI is an award winning full-time real estate agent with 30 years of experience and hundreds of sales. Thinking of buying or selling real estate in the Fraser Cheam communities of Chilliwack, Agassiz or Harrison Hot Springs? Contact Steve (click here) for experience, local knowledge and friendly service you’ll be happy you did.
Posted by Stephen Mullock at 9:42 AM No comments:


On my way to Mission B.C. yesterday to pick up my daughter from the West Coast Express I had a chance to enjoy a spring day and reflect on the cycle of life that is beginning once again.

The Tree swallows are an active lot but I was lucky enough to find a nest in an old tree where one perched long enough for me to take this photograph.

The forest floor is slowly coming to life as these Licorice ferns struggle show from their mossy bed.

The lilies were wonderfully skirted and glowing in a late afternoon light. Can anyone tell me if these are the False Lily-Of-The-Valley?

I enjoyed the ripples on the water but if you look into the water you can also see the fish that were hugging the shoreline on their journey. 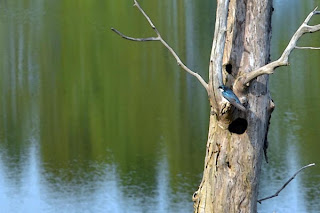 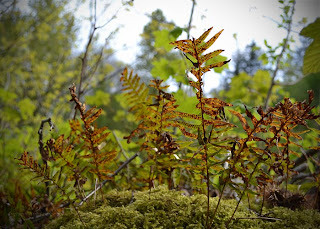 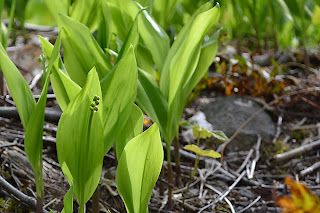 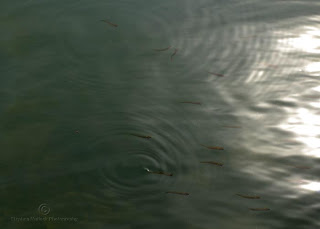 All photographs copyright and all rights reserved © 2011 Stephen Mullock

Stephen Mullock RI is an award winning full-time real estate agent with 30 years of experience and hundreds of sales. Thinking of buying or selling real estate in the Fraser Cheam communities of Chilliwack, Agassiz or Harrison Hot Springs? Contact Steve (click here) for experience, local knowledge and friendly service you’ll be happy you did.
Posted by Stephen Mullock at 9:01 AM No comments: