The only certain freedom's in departure.
Robert Frost 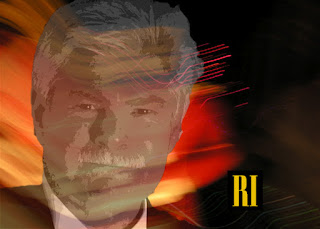 This week marked a departure for me and it came complete with a plaque presentation by the Real Estate Institute of British Columbia (REIBC) on Thursday June 14, 2012.   The event was the REIBC recognition dinner held at the Terminal City Club in downtown Vancouver B.C. It marked the end of a "leadership" passage in life for me  with a whole litany of titles, once mine, now held by younger men and women.  The latest was as the REIBC representative at the Real Estate Foundation of British Columbia 2006-2012.

You come to these positions of your own accord.  Sometimes with a great deal of soul searching and work, other times you simply stumble into an opportunity.  It was easy for me, in a way; I grew up believing that volunteering is a duty of being a citizen. Still do. I happily started volunteering soon after I had established a career in real estate. Taking a director position at the YM-YWCA in Chilliwack as it was then known and becoming a director of the Chilliwack and District Real Estate Board.

Thank goodness, they were not expecting me say anything, a brief shake of the President's hand and a photo-op and I was heading back to my table, plaque in hand. The plaque was a very classy gesture on the part of the REIBC and my grateful thanks go out to this fine organization.

I have greatly enjoyed this "leadership" time period for adding dimension to my life and introducing me to some fascinating people - the best of these in the Real Estate Institute of British Columbia (RI); an organization I would recommend you join if you meet their demanding qualifications.

My friends tell me that it is not the end of my volunteer involvement; I just have this feeling, that's all - I've made my way through the departure gate.  I'm on my way again looking for the answers.

Located within a quick driving distance of Chilliwack is the man-made Hayward Lake.  This lake was created in 1929 when the Stave River was damned by the Western Canada Power Company Ltd. to create hydro electric power. The Superintendent of Operations, Mr. Hayward lent his name to the newly formed body of water. Hayward Lake.  BC Hydro now maintains this facility and the trails that surround it in a fine way.

One of the advantages of living in the eastern Fraser Valley is the tremendous access to the wilderness and natural beauty of the province.  The trails around this lake lead to some pretty scenery and a wonderful waterfall brimming with water this time of year. 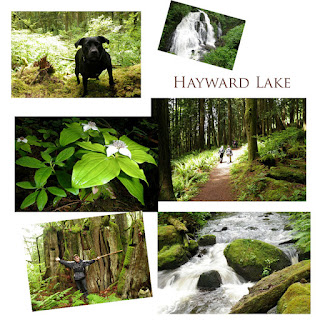 I took a trip with the Hermann Hiker's this week and captured the wilderness photographs above. Currently, Hayward Lake has been drained for maintenance and a surreal dead forest scene of lines and shadows has emerged from the bottom, trees still standing since 1929. 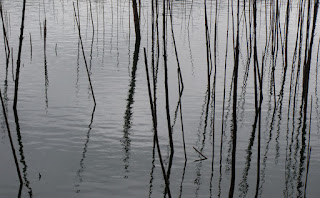 This is the land of the Mighty Fraser River, the Cascade Mountains, Douglas Fir and King Salmon, it is also home to the mysterious Sasquatch.

Yes, the word "Sasquatch" originates right here in the eastern Fraser Valley.  A word that has been given to the world to become part of our common English language.  Certainly it is a lot more respectful than the "Bigfoot" moniker used elsewhere, but where, did the word "Sasquatch" come from?

Turns out, the term Sasquatch has First Nation origins and was popularized by J.W. Burns, a principal, who while working at the Morris Valley Chehalis Reserve school (1925 - 1941).  J.W. Burns began a series of articles concerning the "wild men" of the woods that received wide publication **.
Before this, it appears that there were many word derivatives in the area: sokqueatl, soss-q'tal, sesq'ec***, and suhsq'uhtch.   It appears to me, that the J.W. Burns spelling of "Sasquatch" most closely follows the Susquatsch word usage found in Sepass Tales The Songs of Y- Ail-Mihth (recorded by Eloise Street 1911-1915 p.12)*.   This supports the word's common usage amongst the First Nation people on both sides of the Chilliwack - Agassiz part of the Fraser river.

Could the word have come from the Sasquatches themselves?

Chief Sepasse of Tsilli-Way-ukh (Chilliwack) is recorded as saying that they could "talk to the Susquatsches"- the Hairy Giants said to range the Cascade Mountains. He had seen a giant skeleton in Chilliwack.*

The excellent book by Daphne Sleigh called The People of the Harrison (page 253, 1990) recounts how "one enthusiastic raconteur went so far as to claim that, being part-Douglas himself, he could understand the language of the Sasquatch, because, it had the Douglas speech."

Over the years I had have the pleasure of getting to know and have worked with a number of people from the Chehalis Reserve, it seems, that the Sasquatch is taken with a great deal of seriousness but, today, no one admits to having talked to one.


Want to learn more about the Sasquatch and have some fun as well?

(click here for the link to the event schedule)

Posted by Stephen Mullock at 11:17 AM No comments: