UPDATE:  The demolition of the IRWIN block has been postponed to March 13, 2014.  Here is an interesting link to the acquisition expenses the City of Chilliwack is incurring from a new Chilliwack Times story.  Let's just hope buildings having some charm, elegance and functionality will replace these heritage structures. 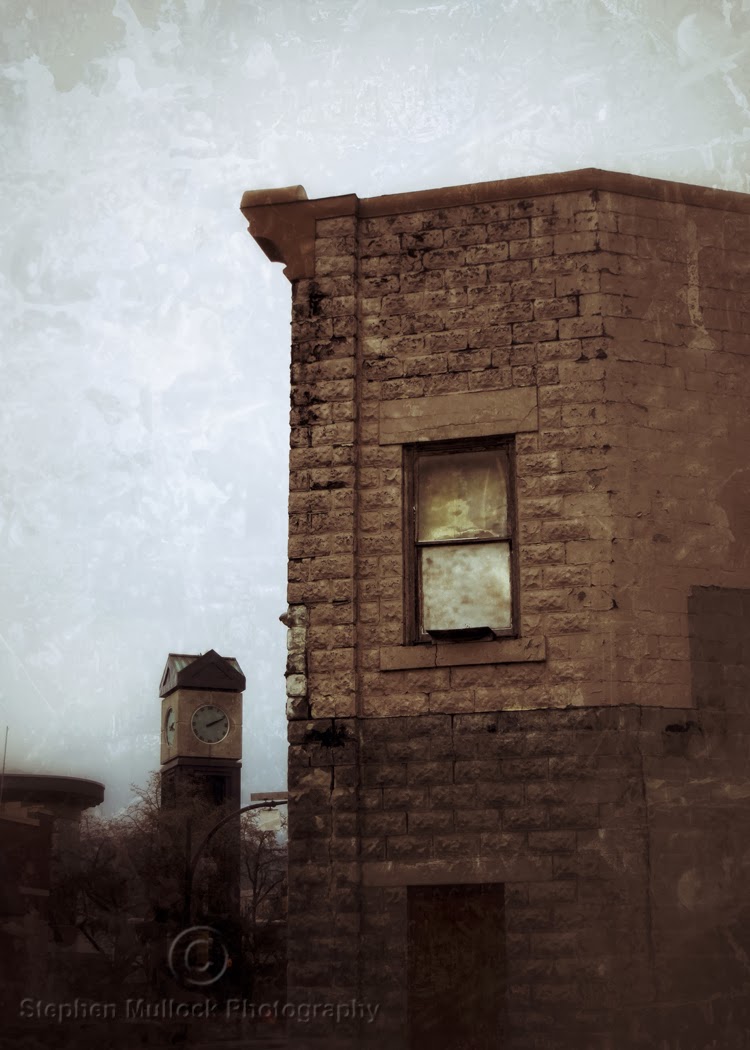 The City of Chilliwack's plan to revive the core of the city comes with a few causalities.  On Monday, February 24, 2014, the IRWIN building will be demolished. In recent years, we have seen other Chilliwack landmarks such as the Empress Hotel and the Paramount Theatre destroyed but their sites have yet to be developed.  To some, levelling the downtown core is a "bold step" but then again, as Sam Rayburn said, "Any jackass can kick down a barn, but it takes a good carpenter to build one." No slight meant to the City Council, but when does building begin?  Do you have a carpenter in mind? 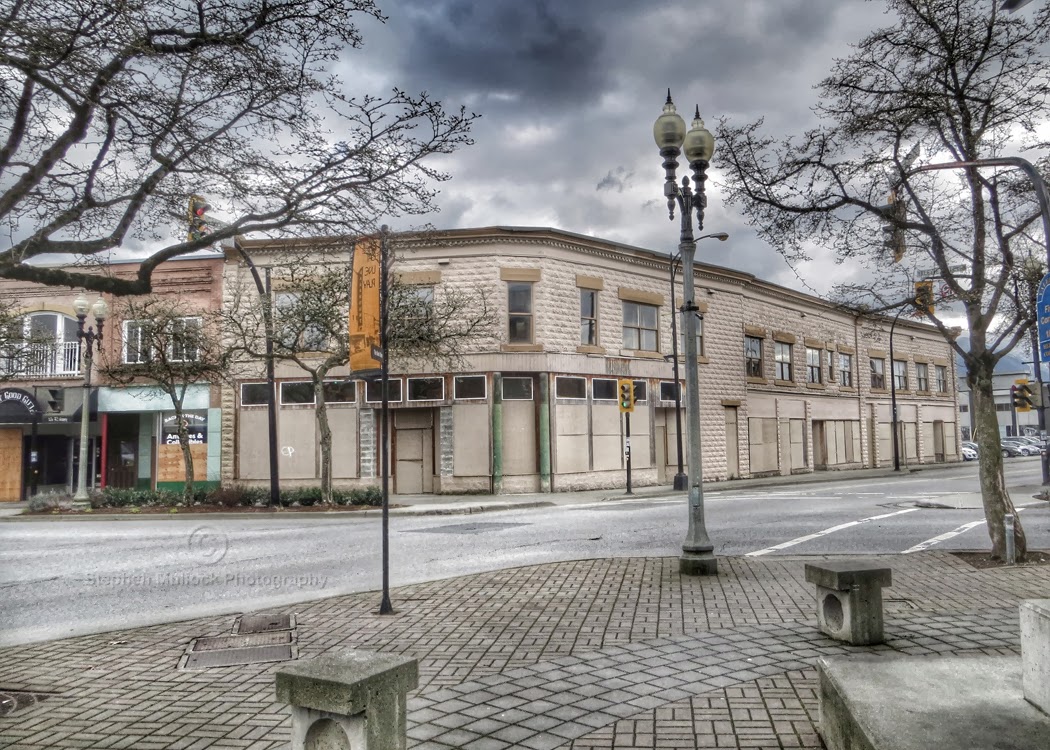 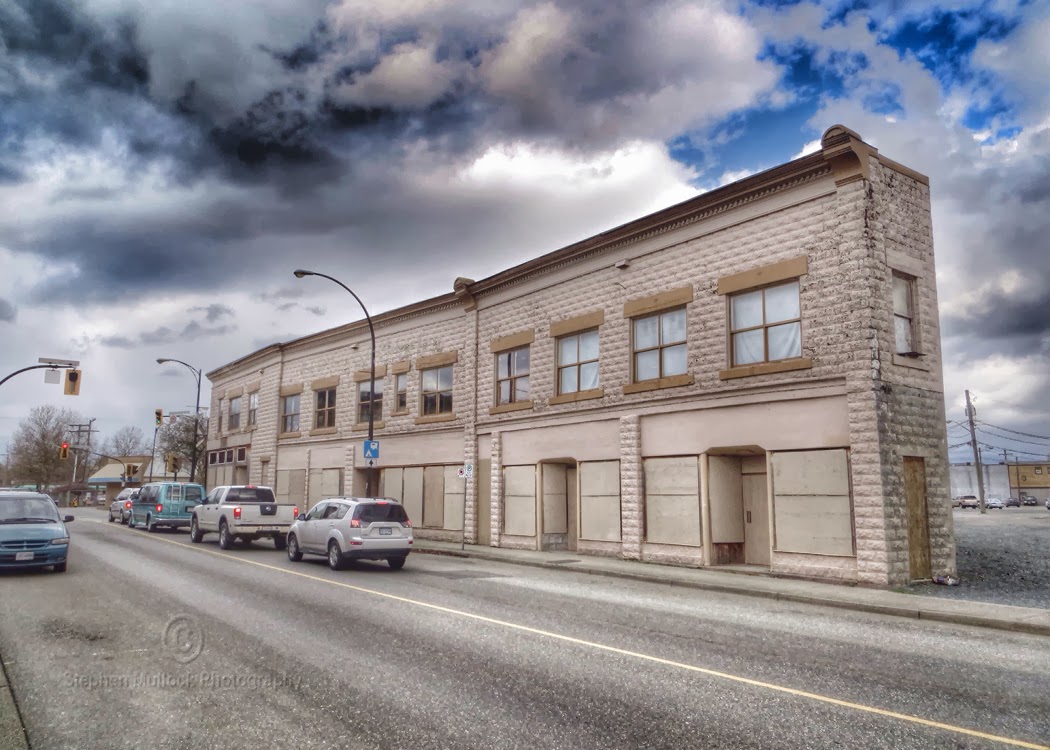 The Irwin Building is situated on the southwest corner of Young Road and Yale Road, part of the downtown's core famous "five corners" intersection.  Obviously a lack of planning created this problematic intersection.  Perhaps when the "building" process begins this road issue can be handled once and for all.

The empty site shall be used in the interim as a courtyard.

Yesterday, I took a moment to get some photographs before it disappears and captured a "ghost" in the window, see the top picture. 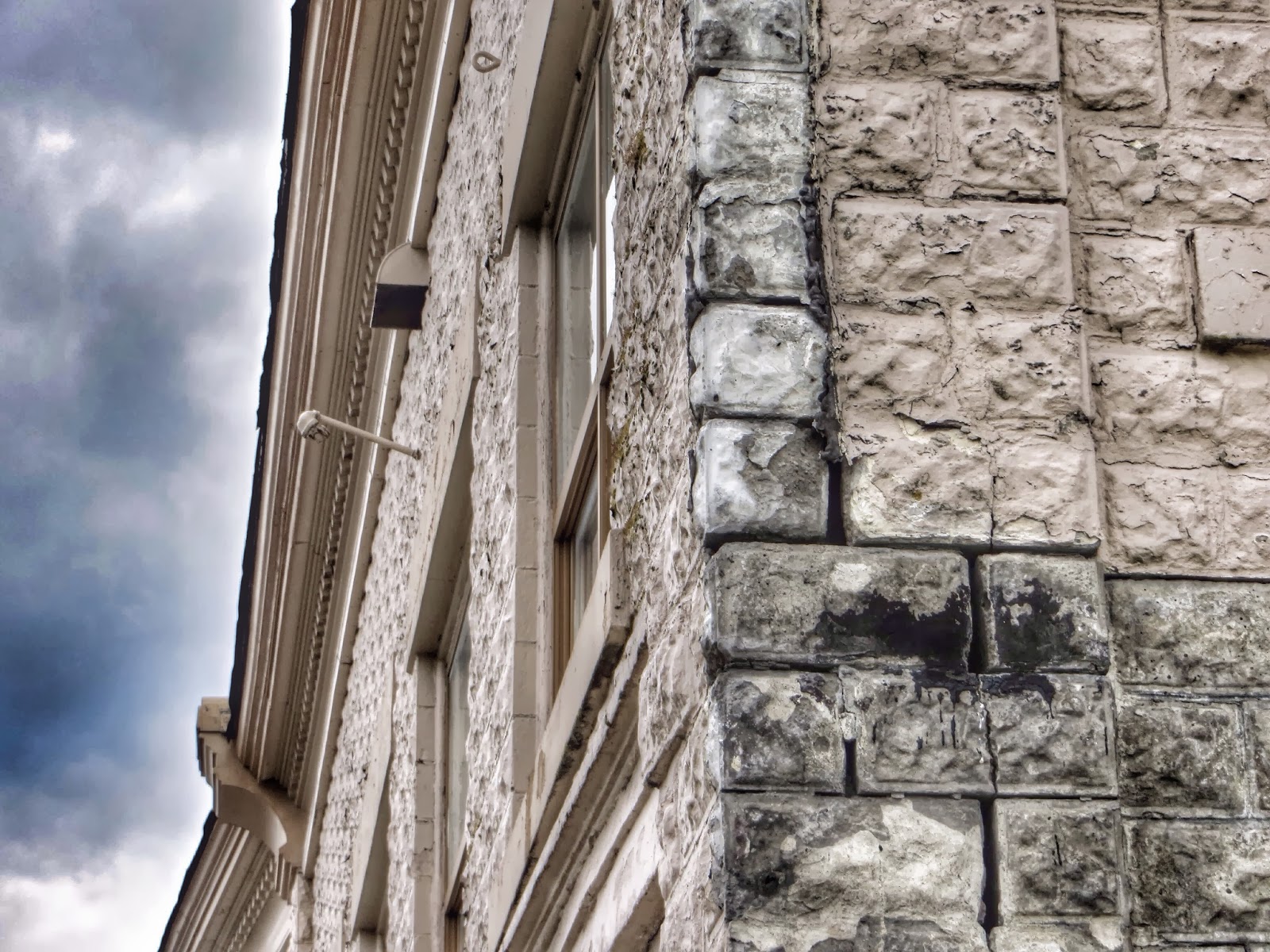 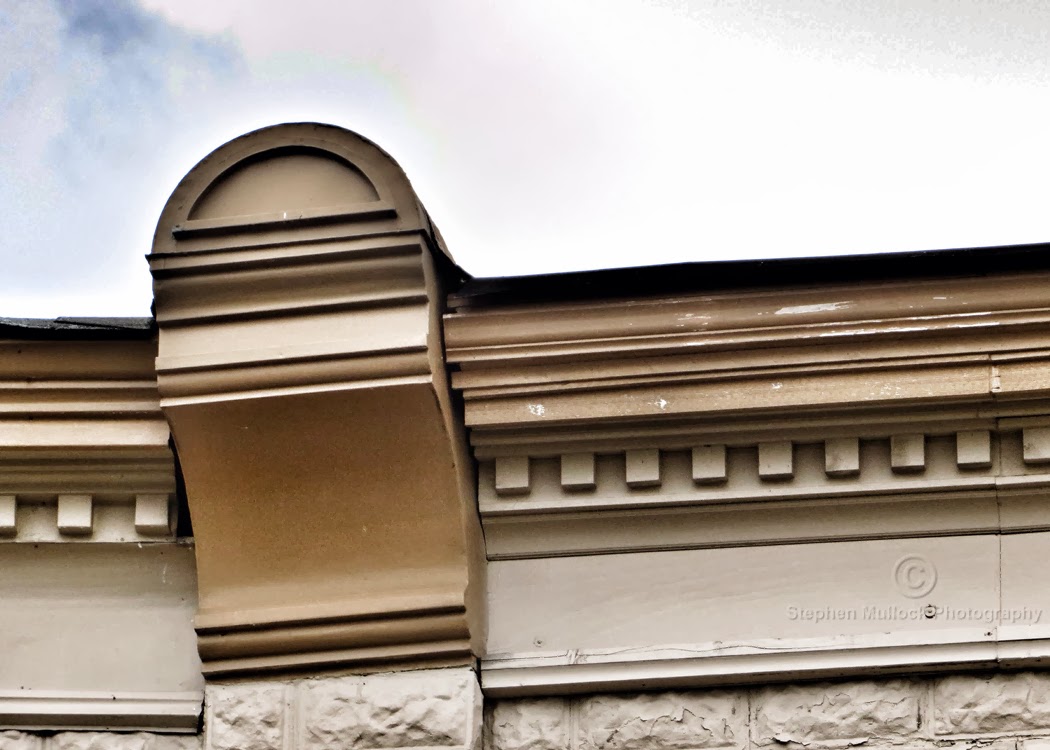 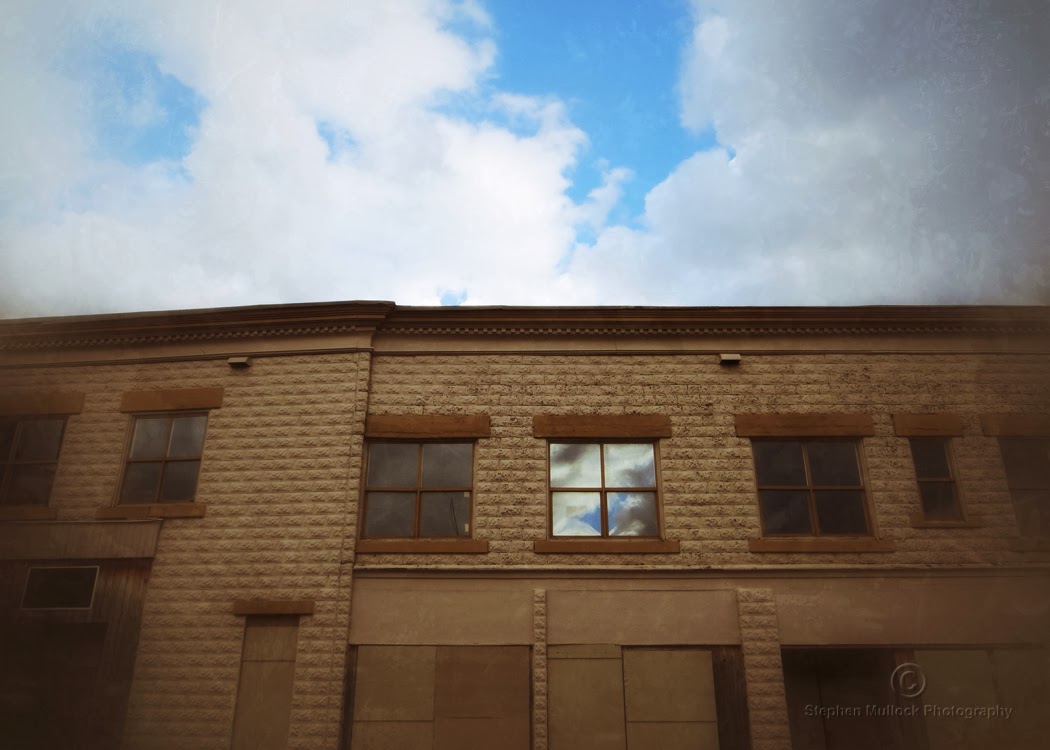 Chilliwack, Agassiz, and the eastern BC Fraser Valley each year welcome home large flocks of Trumpeter Swans that have flown down from parts as far north as Alaska in an effort to escape the cold and find food in our fields and farms.

At one point this fine bird was almost hunted into extinction so it reassuring to see groups (or bevy) of swans in some numbers returning each year to Chilliwack, Agassiz and the eastern Fraser Valley. Mahatma Gandhi once said "The greatness of a nation and its moral progress can be judged by the way its animals are treated." Perhaps there is hope for us yet.


A second type of swan called the Tundra Swan may also be found but is difficult to distinguish from the Trumpeter Swan.

The Trumpeter Swan shown in the photograph below in flying "V" formation is the largest native water fowl in North American and can weigh over 33 pounds. These birds mate for life - so long as eggs are produced otherwise, "divorce" may occur.  An adult male is called a "cob" and a female a "pen".  Their offspring is known as a "swanling" or a "cygnet".

There is a third type of swan that never leaves Chilliwack.

"Sardis Park" is a 14 acre park nestled into a southern part of Chilliwack in an area called Sardis. Its' large pond is  home to the Mute Swan.  A walk around Sardis Park provides "birders" a wonderful opportunity to view many different types of fowl  at close range.


For some birds "Sardis Park" is just a temporary home on a flight path further south but others are permanent guests such as the Mute Swans; which were imported into the country.  The Mute Swan is distinguished by its' white plumage and an orange and black bill.

Chilliwack and eastern Fraser Valley communities such as Agassiz, Harrison or Hope offers a special closeness to the wild. The arrival of the Trumpeter Swans in November signals that late fall has begun and the winter season approaches.

Posted by Stephen Mullock at 10:00 AM No comments: