I realized one Fall day during an English class at UBC that being ignorant about your geography can be the source of amusement for others - especially when it comes to mountain ranges.  Not, that they were laughing at me, albeit, I mix up facts with fantasy often enough.

As I recall, we were reading "Under The Volcano" by Malcolm Lowry, a famous writer, who lived for a time in Vancouver, or as he wrote, under the shadows of the Rockies.

That of course would need to be an awfully tall shadow as the Rocky mountains are hundreds of miles away.  Still the lesson stuck with me, get to know your geography.  What do you call those mountains north of Vancouver?

I admit, I have been confused by the Coast and the Cascade Mountain Ranges.  The eastern end of the Fraser Valley and the communities of Chilliwack, Agassiz and Harrison are surrounded by mountains.

Which ones are the Coast and which one are the Cascade mountains?

Why aren't they all called the same thing? It turns out that these ranges are named according to where and when they were created.  Some are the result of volcanic eruptions.  Others form by plate tectonics, continental drift and piece of islands latching onto one another.The Cascade mountains are much younger than the Coast mountains. 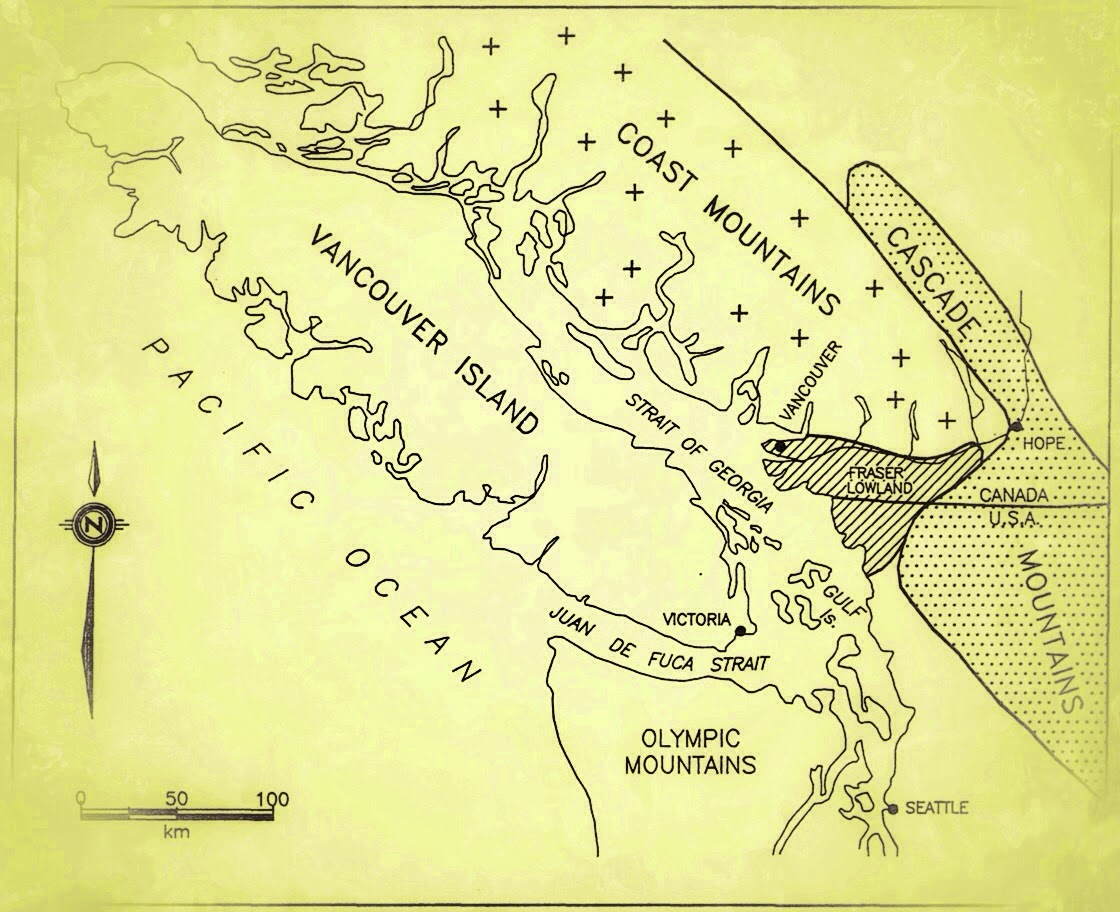 It is all Coastal mountains if you are looking north from either Vancouver or the Fraser.  Notable peaks from Vancouver include the "Lions" and Mount Seymour. As you travel eastward from Vancouver through the Fraser Valley and all the way to Hope B.C. they are north, from there the course changes. Along the Fraser Canyon along the Fraser river up to Lytton, they are to the west.  The Coast Mountain range is very long reaching all the way up into southeastern Yukon Territory and the Alaska Panhandle.

The Cascade Mountains are south of the Fraser Valley and then an arm extends up the Fraser Canyon on its east side.  Notable peaks include "Mt. Cheam" and "Mount Baker".  The range runs from northern California through Oregon and Washington and into our piece here in British Columbia.

The Cascades are part of the Pacific Ring of Fire, with volcanos such as Mount Baker, Mount Rainier and Mount St. Helens (erupted 2005)

There are plenty of interesting things to learn from our beautiful mountains and volcanos, they grace our skylines and from them we witness the seasons on their wild and still largely undeveloped slopes.  It seems appropriate that we should know their names.

Posted by Stephen Mullock at 3:56 PM